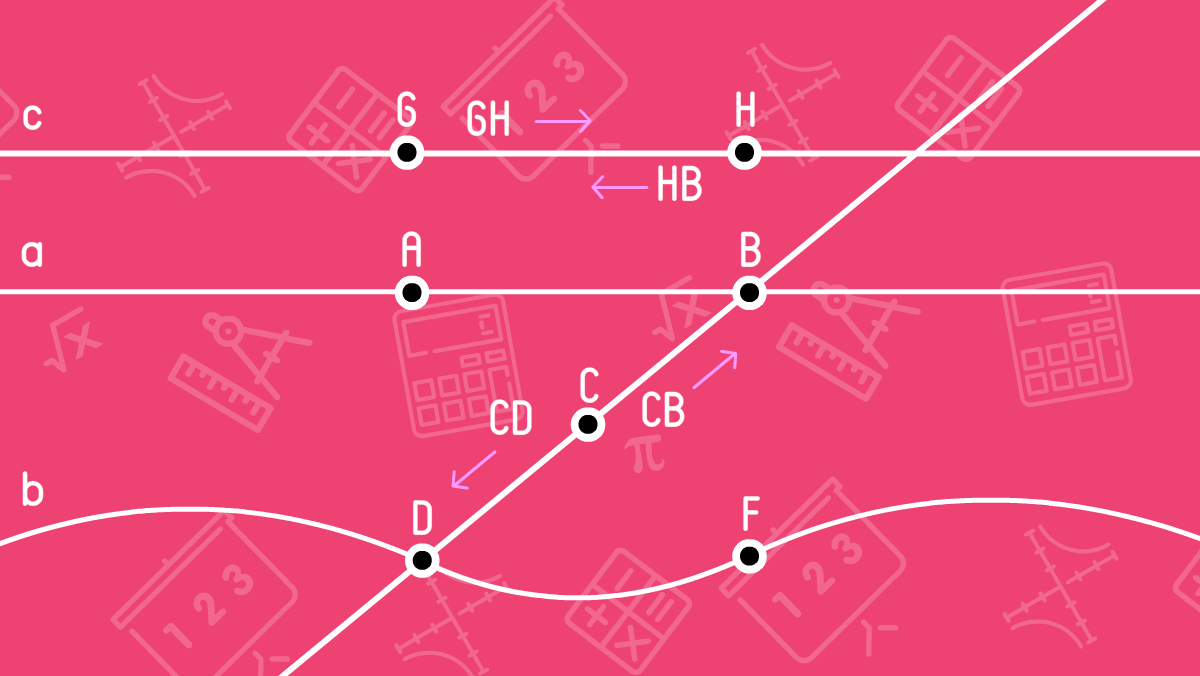 A point is the simplest figure. A point is a very important figure because it can be used to create all the figures. On this picture, we drew the points. We can draw the points easily. Take a clean piece of paper and touch it slightly with a pencil. Draw some points as it is done in the picture below. The points are defined by uppercase Latin letters. In your picture, mark the points with capital letters, for example A, B, C, D, F.

A line as a point is one of basic maths concepts. There are straight and curved lines. A straight line has no start and no ending - it is infinite. It is impossible to show the whole straight line and to measure it. The curved line differs from the straight one as it is curved in shape. It is called the boundary of more complicated geometric shapes. Let's connect points A and B with a straight red line in the picture where you drew the points. The curved line will be marked green connecting points D and F. The lines are defined by small Latin letters. We will put Latin letters a and b in the picture.

A ray is a part of a line that has a start but has no ending. A ray is goes from a point to infinity. A ray can also be called a half-line. At the beginning of the ray we find the point - the ray start or the starting point of the half-line. Let's draw a blue ray connecting point C and D and passing through point B, and a light blue ray connecting points C and D. The ray is defined by two large Latin symbols where the first symbol is the starting point and the second one is an arbitrary point on the line. The ray has a direction. If we draw a point on a straight line, we will get two rays going to opposite directions. In the picture, we drew 2 rays CB and CD and showed the direction with small arrows.

In the picture, find all the segments except GH and HG