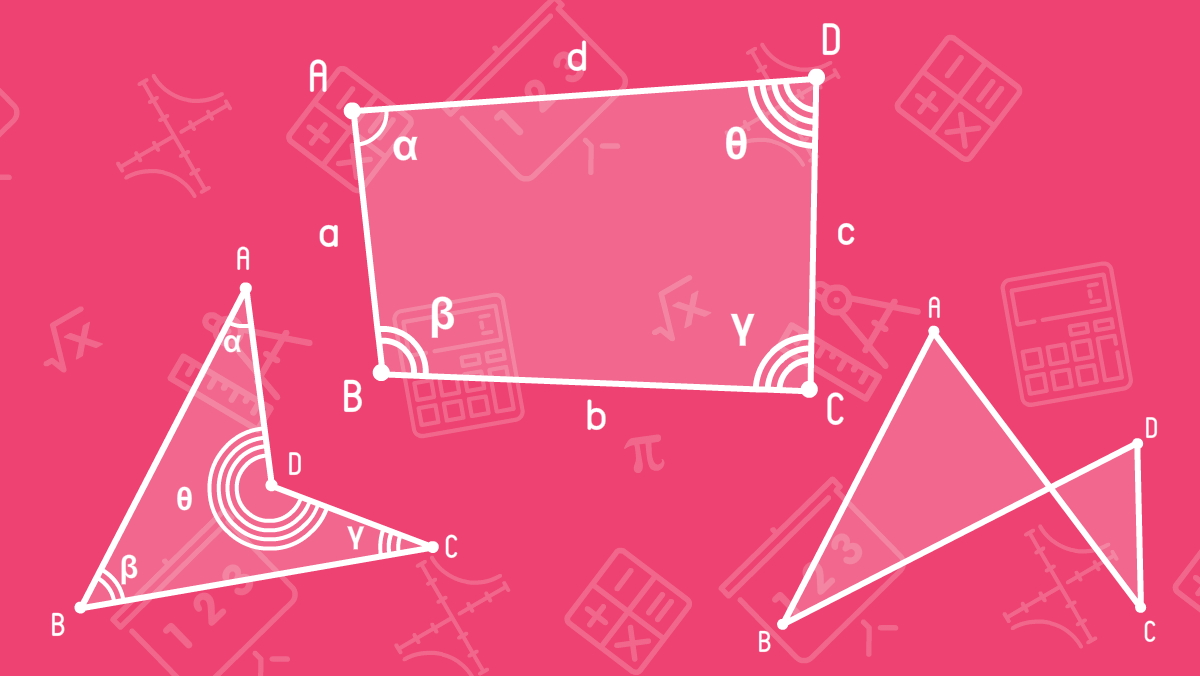 In the previous lesson we learnt about triangles. Now we know what triangles can be and how they differ from each other as well as what common features all triangles have. In this lesson, we will learn what a quadrangle is. Let's begin our lesson with the definition of a quadrangle.

Vertices of the quadrangle

Sides of the quadrangle

The sides of the quadrangle (or so-called faces or edges) are denoted by lowercase Latin letters. In the image, we have designated the sides of the quadrangle with letters a, b, c, d. Also, triangle sides can be defined as segments, for example, a = AB, b = BC, c = CD, d = DA. Sides belonging to the same vertex are called adjacent parties. In the image for the vertex A we have adjacent sides AD and AB.

If quandrangle diagonals intersect at a right angle, it is called orthodiagonal.

The bisector of a quadrilateral is a ray dividing the angle of the vertex into two equal angles.

During the lesson about triangles, we described how a bisector of a vertex can be found with the help of a protractor.

The middle line of the quadrangle is the segment connecting the opposite sides through their midpoints.

A quadrangle that is visually self-intersecting is similar to two triangles with the sides that lie on two intersecting lines, and their intersection point is a common vertex for triangles.

Types of quadrangles and their features

A rhombus is a parallelogram with equal sides. A rhombus is an orthogonal quadrangle having all sides equal and opposite sides parallel.

A square is a rectangle with equal sides. A square is a convex quadrangle having all sides and angles equal. All angles of the square should be 90°.

A deltoid is an orthogonal quadrangle with equal adjacent sides for opposite angles.

An antiparallelogram (counterparallelogram) is a self-intersecting quadrangle with equal but not parallel opposite sides.

If we draw a convex geometric figure through antiparallelogram vertices, we will get an isosceles trapezoid.

How to write a circle into a quadrangle?

How to describe a quadrangle with a circle?

The center of the circumscribed circle of a quadrilateral is the point of intersection of perpendiculars coming from side midpoints.

We have already drawn the circumscribed circle for a triangle. The algorithm to describe the circle for a quadrangle is similar. The image clearly represents how from the middle of the sides we held perpendiculars and found the intersection point. With the help of the caliper, we set the radius from the center to any vertex and draw the circumscribed circle of the quadrangle with a circular motion. 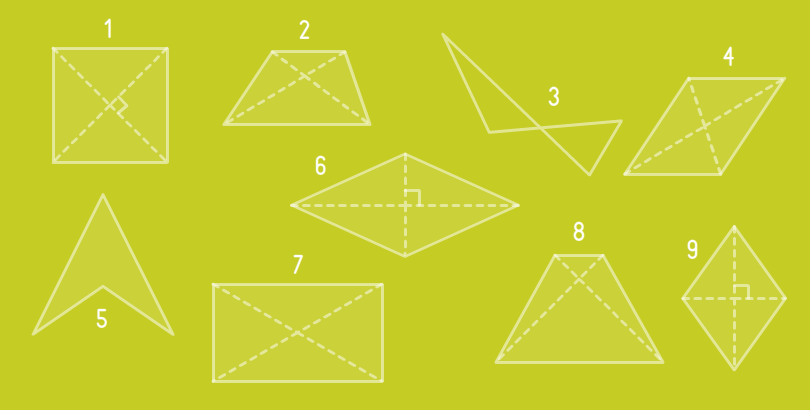