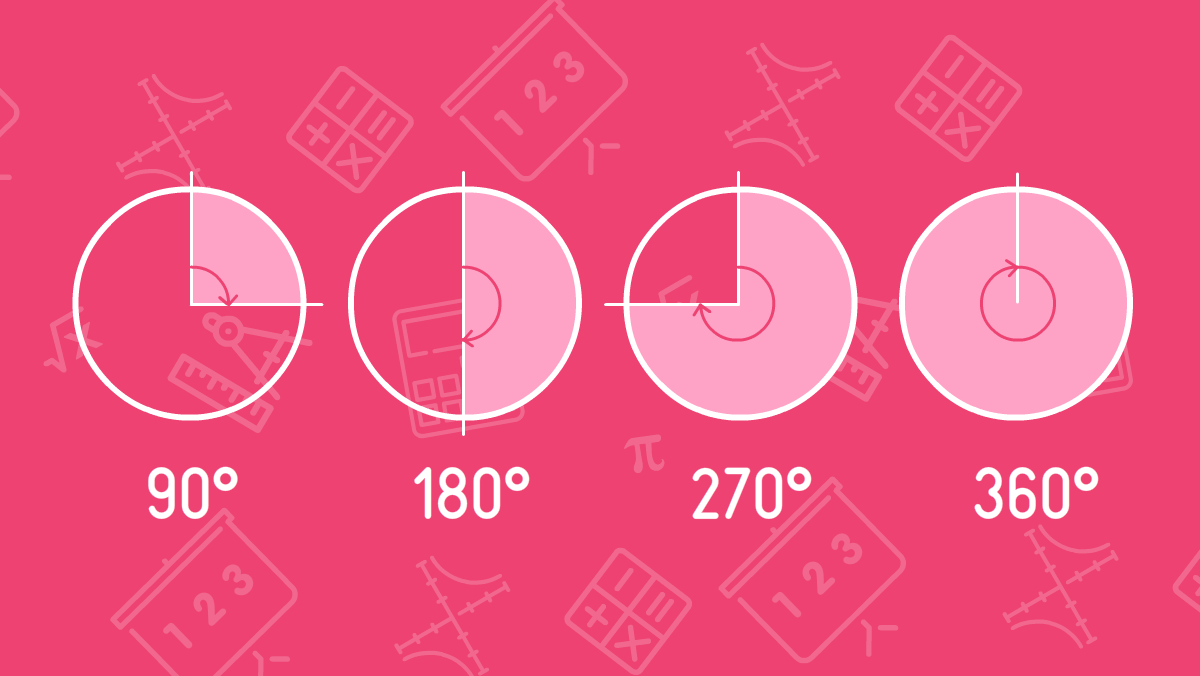 Angles can also be designated as three points. Let’s say, ABC. In this record, B is a vertex, and A and C are points lying on different rays of the angle. To simplify and record fast, angles are usually defined by lowercase Greek letters: α - alpha, β - beta, γ - gamma, θ - theta, φ - fi, etc. The angle is denoted by a two-line symbol meaning the angle.

On the picture, you see two rays AB and AC with a vertex at point A forming two angles: α - internal angle, β - external angle.

The angular measure allows comparing the angles between each other. It means that knowing the angle measure we can say that this angle is either greater than the other one, or smaller, or they are equal. There are several measures of angles:

In maths, the first type of the angle measure is more widespread - degrees, minutes, seconds. Let’s learn it in details. Look at the clock shown below.

You will study the angular measure in details in other maths sections: geometry and trigonometry.

Depending on the angle measure the types of angles are as follows: 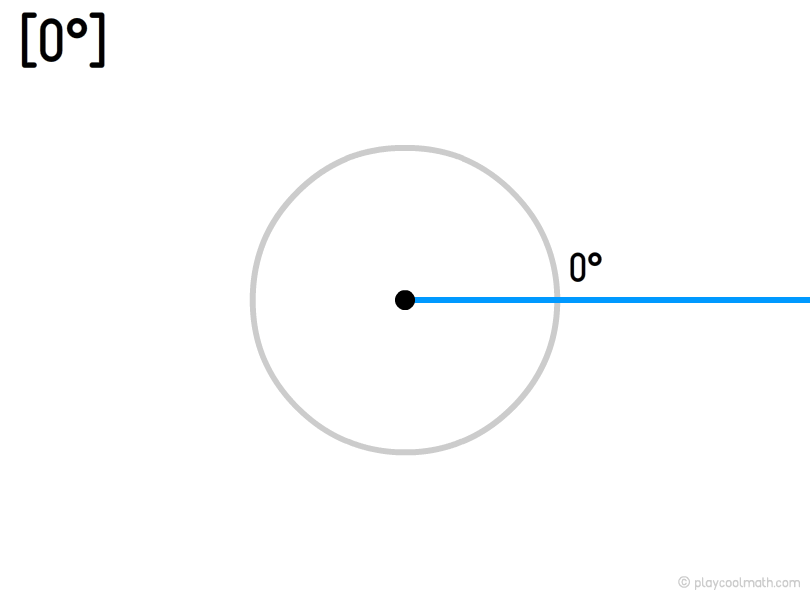 An acute angle is easy to remember. All sharp objects have an acute angle like a beak of a bird, an awl, a kitchen knife. You can see a yellow border on the picture showing the maximum measure of the right angle. 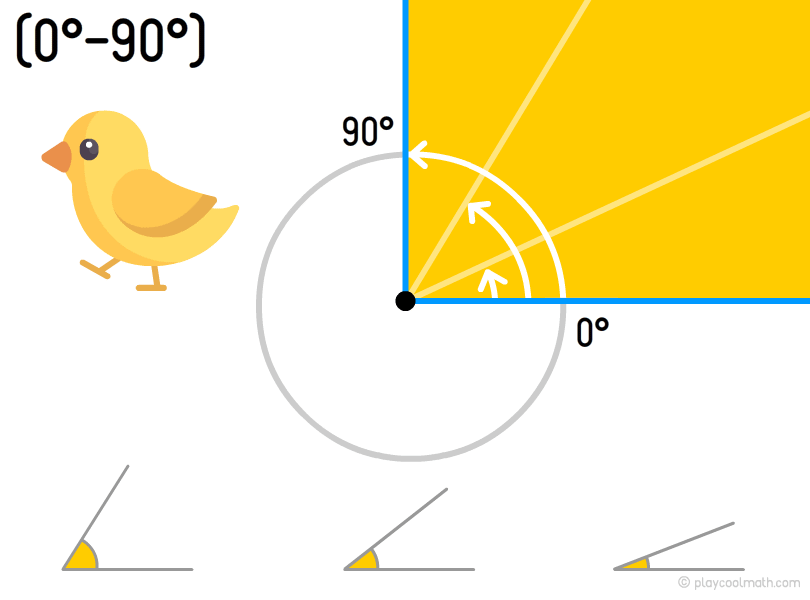 A right angle is the angle with perpendicular sides equal to 90°.

A right angle is a small square at the bottom of the angle as shown below. 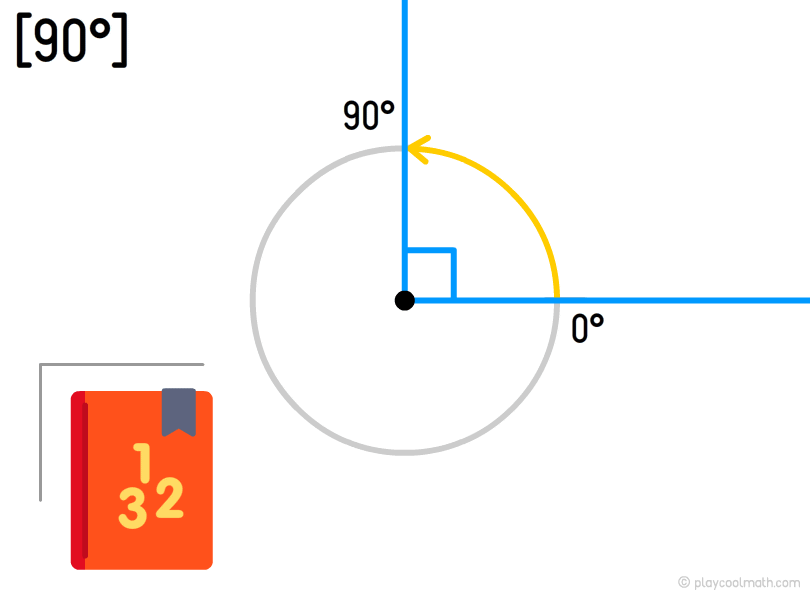 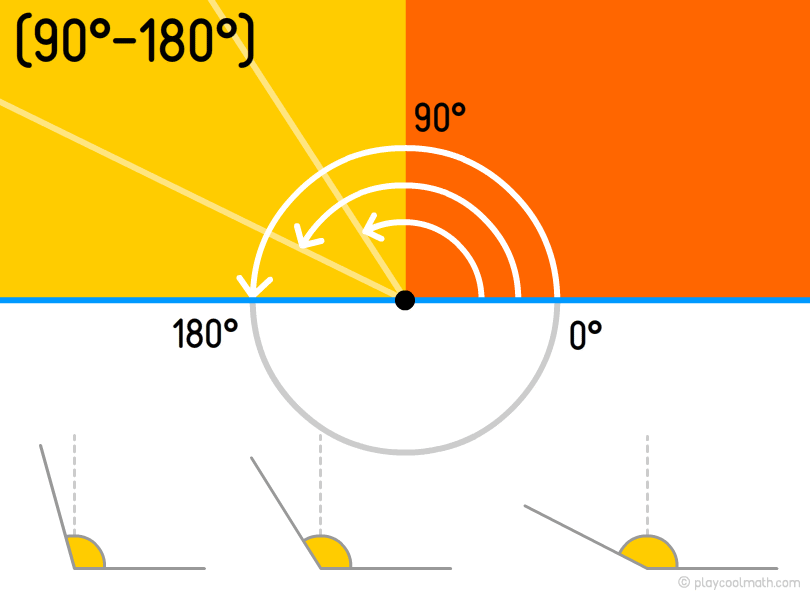 A straight angle equals to 180°, its rays go to opposite directions. 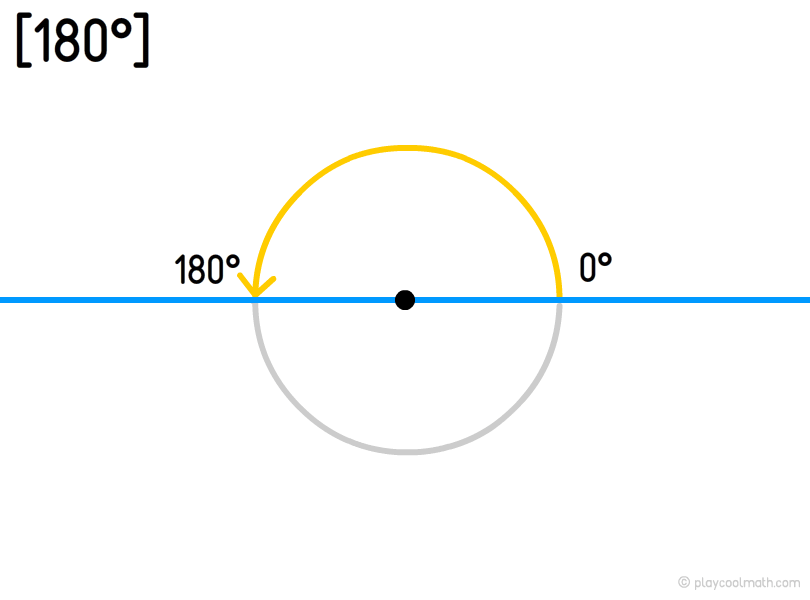 A convex angle is an angle between 0 ° to 180 ° the boarding values included. 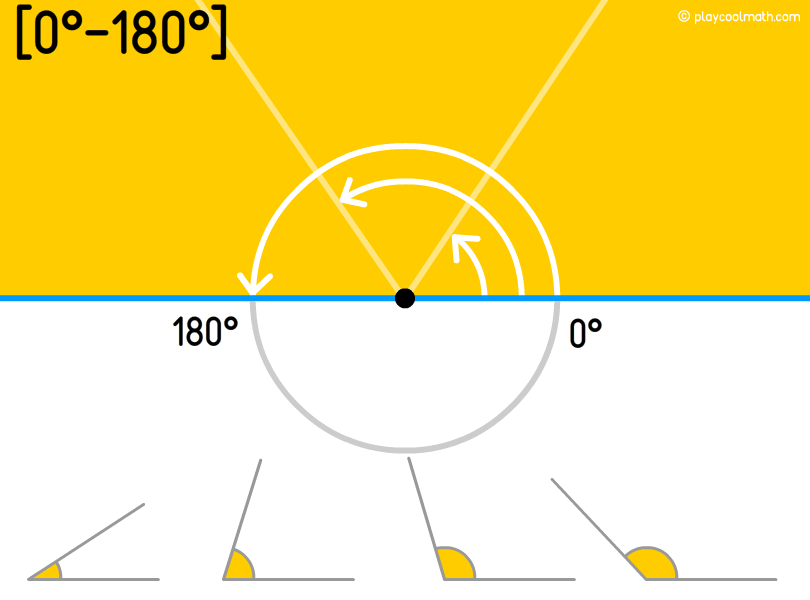 A non-convex angle or a concave angle is an angle lying within 180 ° and 360 ° where boundary values are not included. 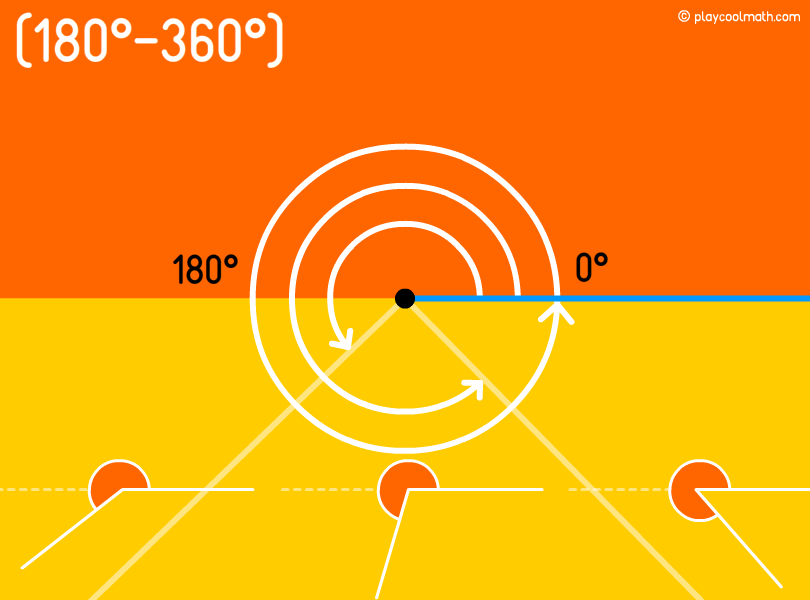 A full angle is the one with two coinciding sides. It is the opposite of a zero angle. The full angle equals to 360°. 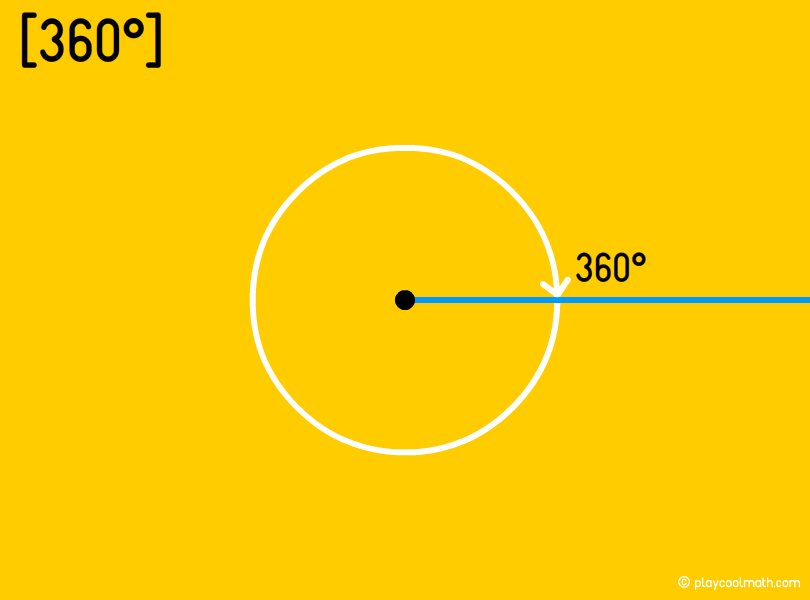 Look at the picture and count the number of angles of each type? 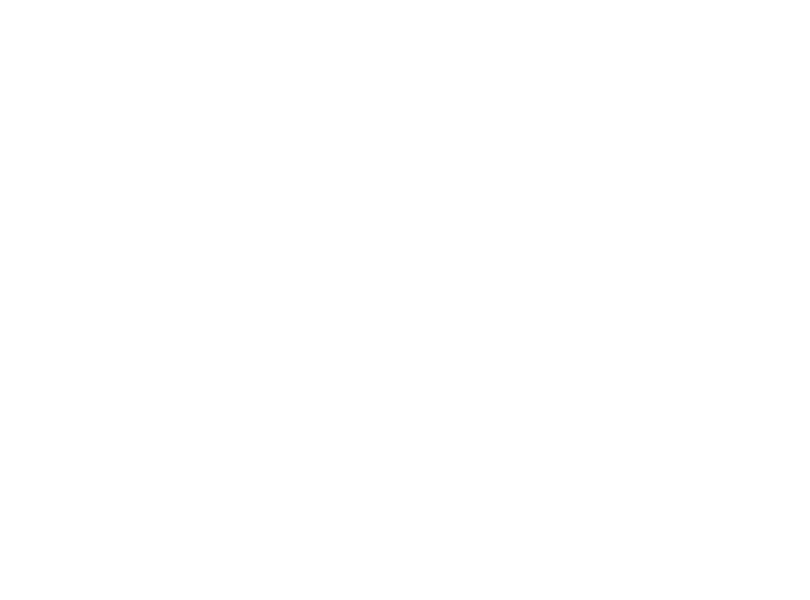