All about geometric shape triangles 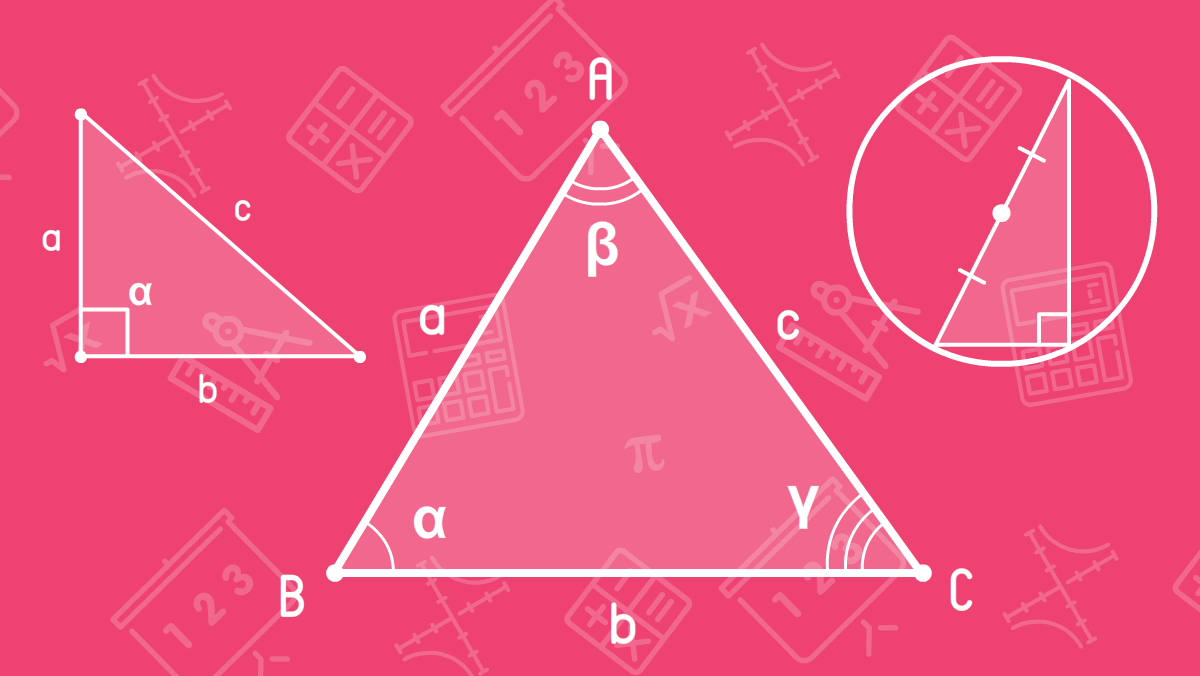 A triangle is a geometric shape created by a closed broken line that consists of three segments. The points in the triangle are called vertices, the segments are called the sides or, in other words, edges of the triangle.

Take a look at the triangle and tell me how many angles does it have? The correct answer is three. That is why it is called a triangle because it has three angles.

The sides of the triangle (or else they are called faces or edges) are defined by lowercase Latin letters. In the figure, we marked triangle sides with letters a, b, c. Also, the sides of a triangle can be determined as segments, for example, a = AB, b = BC, c = AC.

Angles, as we know, are defined by lowercase Greek letters. In the picture, the angles of the triangle are determined by α, β, γ, where α = BAC, β = ABC, γ = ACB. Every angle has an opposite side, for example, the opposite side BC, the angle β - AC and γ - AB correspond to the angle α.

The total amount of all triangle angles should always be 180°.

Classification of triangles by their sides

An isosceles triangle is a triangle with two sides that are equal. These sides are called lateral, and the third one is called the base.

The picture shows sides as a, c where a = c, and the base b where b ≠ a and b ≠ c. An isosceles triangle has the angles at the base marked as α = γ.

Classification of triangles by angles

An acute triangle is a triangle where all angles are acute which means from 0° to 90°, where 0° and 90° are not included.

A rectangular triangle is a triangle with one right angle which means 90°.

In ancient times, a rope was used to measure a right angle of 90°, it was divided into equal 12 pieces. The ends of the rope were tied together. In order to obtain the right angle, people would take a vertex for divisions as 3, 4 and 5. A triangle with one right angle appeared. This method has been widely used in construction. Even during the construction of the Egyptian pyramids, they mention the usage of this method. Maybe that's why this triangle is called the Egyptian triangle. 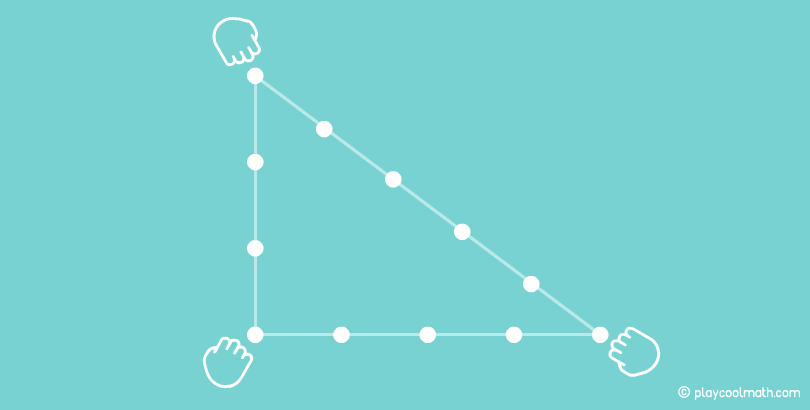 The median of the triangle is the segment which joins the vertex to the middle of the vertex base.

If we draw medians for all vertices of the triangle, we will see the intersection point of all medians that is called centroid. The centroid divides all medians into two segments equal of ½ from the base of the median.

The height of a triangle is the segment connecting the vertex to the base of the vertex and forming a right angle (perpendicular) with the base or its continuation.

In the picture below, we have drawn different types of height based on the type of triangle.

To measure the right angle, you should have a ruler in the shape of a triangle. Usually such rulers have got three angles of 90°, 60°, 30°. In order to draw a perpendicular and draw the height of the triangle, match one side of the ruler to either side of the triangle so that the second side of the right angle of the ruler goes through the height of this triangle. Look at the picture below, as we look for height using a triangular ruler.

The bisector or triangle bisector is a segment connecting the vertex of the triangle with the vertex base and dividing this angle in half.

The point formed by the intersection of bisectors is called the incenter.

To measure the angle of the triangle and split it in half, you will need a special ruler – a protractor. This ruler has a scale showing the angular measure in degrees from the central point of the ruler.

Match the central point of the ruler to the vertex so that one side of the triangle coincides with the base of the ruler. Find on which number indicates the second side of the top indicates if it is extended in length. Set the points at the value 0 and where we measured. Mark these points as A and B.

Make a line through these points. Visually or using a ruler, find the middle of this segment and mark it as point C. On the line passing from the vertex to the point C, you will find our bisector will lie. Repeat all the steps for each vertex of the triangle.

A circle inscribed in a triangle

A circle tangent to all three sides of a triangle is called an inscribed circle. Only one circle can be inscribed in any triangle.

To inscribe a circle in a triangle to you, you need a compass. Put the compass in the center and set the radius equal to the distance to any base on the perpendicular. With a circular motion draw a circle.

Circumscribed circle of the triangle

A circle going through all the vertices of a triangle is called the circumscribed circle. A triangle can be described by a single circle.

The center of the circumscribed circle is the intersection point of the perpendiculars of the bases going through the middle of the base.

The shape shows clearly how from the middle of the bases we have drawn perpendiculars and found the point of intersection. With the help of the caliper, we expose the radius from the center to any vertex and with a circular motion draw the circumscribed circle.

A right-angled triangle has a center of the circumscribed circle in the middle of the hypotenuse..

In the picture below, find a triangle that is both rectangular and isosceles. 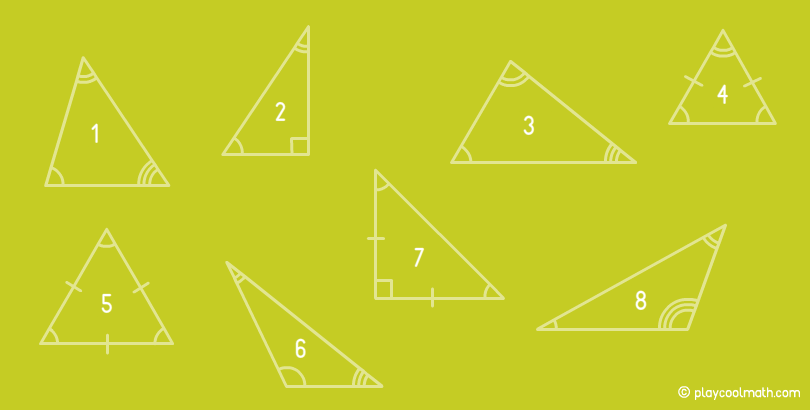